The library
by Aude Walker

30 books to read in a hotel room

From afar, it is as simple as Evian water; from close up, it is in as much turmoil as a Scottish lake. In one summer, a teenager falls madly in love with his young neighbour and his father drowns. So he lives his summer under a bright sun, which hides an eternal winter. A great little book, both tragic and bitter.

A young, not very happy, man nagged by thoughts of suicide, goes into a deep sleep. And has a fantastic dream. During this narcoleptic journey, he comes across another dimension where men, not having known original sin, live happily and are free. A short, sparkling book which makes you want to believe in happiness and evangelise the people around you.

Around the couple of inspired eccentrics in the shape of Louise and Georges, two paths cross. That of the son, who is growing up in the midst of dance salons, literary lies and the imaginary journeys of his mother. That of the father who loves his wife to exhaustion, drifting between madness and black magic. A story with the taste of champagne and Xanax, which will bring you to tears.

SHAKESPEARE NEVER DID THIS
Charles Bukowsky

Do you want to get into the head of another person? It is recommended, especially when the other person is called Charles Bukowski, a revolting poet who has come to show his ‘I don’t care’ attitude in France and Germany during a promotional tour. The cultured drunkard ditches everyday, down-to-earth, often banal phrases, sweeping away all the myths of the writer’s diary. Except that the vacuum, sidereal in appearance, succeeds in taking us towards a magical form of clear and resolutely modern poetry.

Everything in this story is arranged so that it ends really badly. A desert island in Alaska, a father, a son, a terrible relationship, a year ahead of them in which to live in hatred, fishing and icy water, cut off from the world and mankind. The magic of the style which is so invigorating that a night spent in a crevice constitutes a thrilling story-line and a black journey from which you emerge different, and remain so for a long time. Because yes, it ends even worse than you could imagine.

Saul “Doc” Karoo has everything of a modern American mythological hero. A frustrated and alcoholic author become script doctor in Hollywood, of uncertain health, a stubborn cynicism and a multitude of neuroses as strange as they are repulsive. We follow his fall avidly and ask for more, this odyssey of loss being so hilarious.

Forget Spinoza, Bergson, Foucault and co, you’re on holiday, aren’t you? Then relax! But that does not stop you from performing a touch of spiritual gymnastics. Especially when it is a matter of reflecting on happiness. It is short, precise, spirited, useful and intelligent; the perfect kit for the little ballad of philosophical health. ‘My dog stupid’ by John Fante. If you are out of Prozac, there is a little cult book freely sold which will bail you out. For this, Fante summons Molise, his literary double, and a big lecherous dog named Stupid. Which quietly upsets the established chaos of the little family living on the edge of the Pacific. Dancing.

Nearly 300 letters written between 1839 and 1880 in which the invisible and modest novelist engages frankly with his close friends, Maupassant, Sand, Tourgueniev... A plunge behind the scenes, where the tireless writer reveals himself in prey to doubts and the labour of writing, where the erudite observer, traveller, lover, never stops portraying his contemporaries and his century.

Into the stories of the American master of the fantasy novel wander a monstrous horse, dead people searching for the living, a chap who is going to take a trip to the moon in a balloon and many other strange people. Everything there is oppressive, beautiful and seedy. For those who like to frighten themselves when alone at night.

The old bard Dylan decided on a whim to open up his diary. A true, fine, great writer comes to life in these pages which trace, in the form of anecdotes, the private and very rock'n’roll life of one of the greatest phenomena of 20th century music.

REPORT ON MYSELF
Grégoire Bouiller

On this literary couch, childhood and adulthood answer one another and seek out each other. The smallest anecdote, the smallest banality, becomes a mythological subject. It is precisely this game of association of ideas which makes the autofictional exercise as cruel and funny as a good Desplechin.

Corrosive humour, bitter cynicism, zero morality, the characters of this novel by McEwan carry us into an evil storyline at the heart of London high society. Within the pages, you cannot prevent yourself from seeing in this book more than a fictional story, a meticulous inventory of the shortcomings of our times.

HOUSE OF THE SLEEPING BEAUTIES
Kawabata

An old man goes every day to “a special house” to look at young women sleeping. If you manage to get past the slightly creepy pitch, a fine nocturnal meditation on death and desire awaits you.

Marelle is a labyrinth, a puzzle, a long distance journey to an unknown destination. Julio Cortazar throws a literary bomb into the streets of Paris and Buenos Aires. In a sensual, musical, baroque language with absolute freedom, the most French of the Argentinian writers speaks to us here of what he likes most and what he knows best: Life.

Short of cuddles? Consider getting the perfect pet: a two metre python. That is what Michel Cousin did and he has never thrived so well. No more depressing solitude; his need for love was satisfied and he had his (fantasised) fictional life For us, a great moment of tenderness and intelligent laughter.

In 48 short texts, Marguerite Duras shares a part of her private life: her everyday life as an artist and woman, her work, the significant moments of her life etc. A very sincere account in the form of deep, and obviously brilliant, reflections.

When Emmanuel Carrère discovers this story, he is amazed. And there is good reason for it: Jean-Claude Romand, pathological liar and assassin, invented for himself a life as a medical researcher with the WHO, whilst he was spending his days, silent in his car at the side of the motorway, before killing his wife, parents, dog and children. Carrère exchanges correspondence with Romand in prison and does a lot of research before writing this breathtaking investigative book, with a purity and crazy expectation. The French cold blood.

OUR NEED FOR CONSOLATION IS INSATIABLE
Stig Dagerman

In this poignant account, the kid from Las Vegas tells us out loud what he has kept quiet during his exceptional career of twenty years. The suffering, the passion, the fame of a gifted child, but also the ambush marketing built up around his personality, the lightning climb and vertiginous fall into depression and drugs. A passionate document which makes you want to shave your head!

“I am nothing. Nothing but a clear silhouette, that evening, on the terrace of a café.” Are we one day something other than that, silhouettes looking for a history, a body, an identity? Of his origins, of his past, detective Guy Roland has forgotten everything. Patrick Modiano pushes his amnesiac hero into a labyrinthine search in Paris consisting of meetings, buried and vague memories, on the trail of an unknown person who disappeared a long time ago.

Do you not have the confidence or available space in your brain to plunge into a large tome? This kaleidoscope of pieces of collective history and personal snippets is for you. A walk into the heart of the glorious thirties put in the spotlight by the personal writing of the author.

The second character of a majority of Maigret books is Paris. And the 11th district in particular. Bastille and République, is the peace haven of Inspector Maigret who loves to meditate on his inquiries whilst watching the trees in the boulevard Richard Lenoir. It is also the dark alleys which offer an ideal territory for the most twisted criminals. And a shopping area where Mrs Maigret has her usual routines. Maigret or the perfect guide to the district.

Eloise, 6 years old, lives our dream life. She lives in the hotel. And not just any hotel, since it is the Plaza on New York’s 5th Avenue. Ideal playground for this white tornado, as unbearable as she is endearing. On each page, a thousand details, a thousand expressions, and above all, the imagination and vitality of the little girl in a pleated skirt.

A ROOM OF ONE’S OWN
Virginia Woolf

In this essay, Virginia Woolf questions the place of the woman in the novel and in society. It is 1929. In 2017, the feminist literary masterpiece remains, unfortunately, chillingly topical.

Summer Crossing by Truman Capote
An newly discovered novel, written when he was scarcely 19 years old, this sweltering crossing tells you how the young and rich Grady McNeil, after having escaped from the very boring tour of Europe organised by her dear parents, meets Clyde, a car park attendant. Difference and incompatibility, of class, education, standing.... This summer romance is a disaster. Like Fitzgerald, Truman Capote brilliantly depicts blasé New York youth.

A little bath of family neuroses before going out to dine? Follow the Illustrator Bechdel in this graphic and psychoanalytical investigation carried out on her mother, an ultra-feminine woman married to a closeted homosexual. Brilliant and hilarious.

JEAN-DOUX AND THE MYSTERY OF THE FLOPPY DISK
Philippe Valette

Jean-Doux has a rubbish day at the office. But between two suspicious compartments of his colleagues, he chances upon something that will change his life: a floppy disk. From then on, his office life becomes a hectic adventure, the business, a lush jungle and the cumbersome tricks of the coffee machine, puzzles into the bargain.

A boxing ring, it’s like life, Jack London seems to want to say to us in this short story written in 1905. Genevieve loves Joe passionately, but she trembles with fear when Joe decides to put on his leather gloves for a final fight intended to bring in the 400 dollars which will enable them to furnish their apartment. Faced with his opponent, brutal, virile, hard, Joe fights, lands blows and receives some, until the final dénouement...... Tragic alas.

“Exposing the drama of the soul and flesh, without speaking equally freely of both of them, that seems impossible to me”. These words of Kessel about his novel really illustrate the existential dilemma of Séverine Sérizy. Torn between the bourgeois comfort of the marital life and an irrepressible need to satisfy her lust, Kessel’s heroine takes a room at Madame Anaïs, a brothel in the rue Virène, without realising that this is going to cause her ruin. 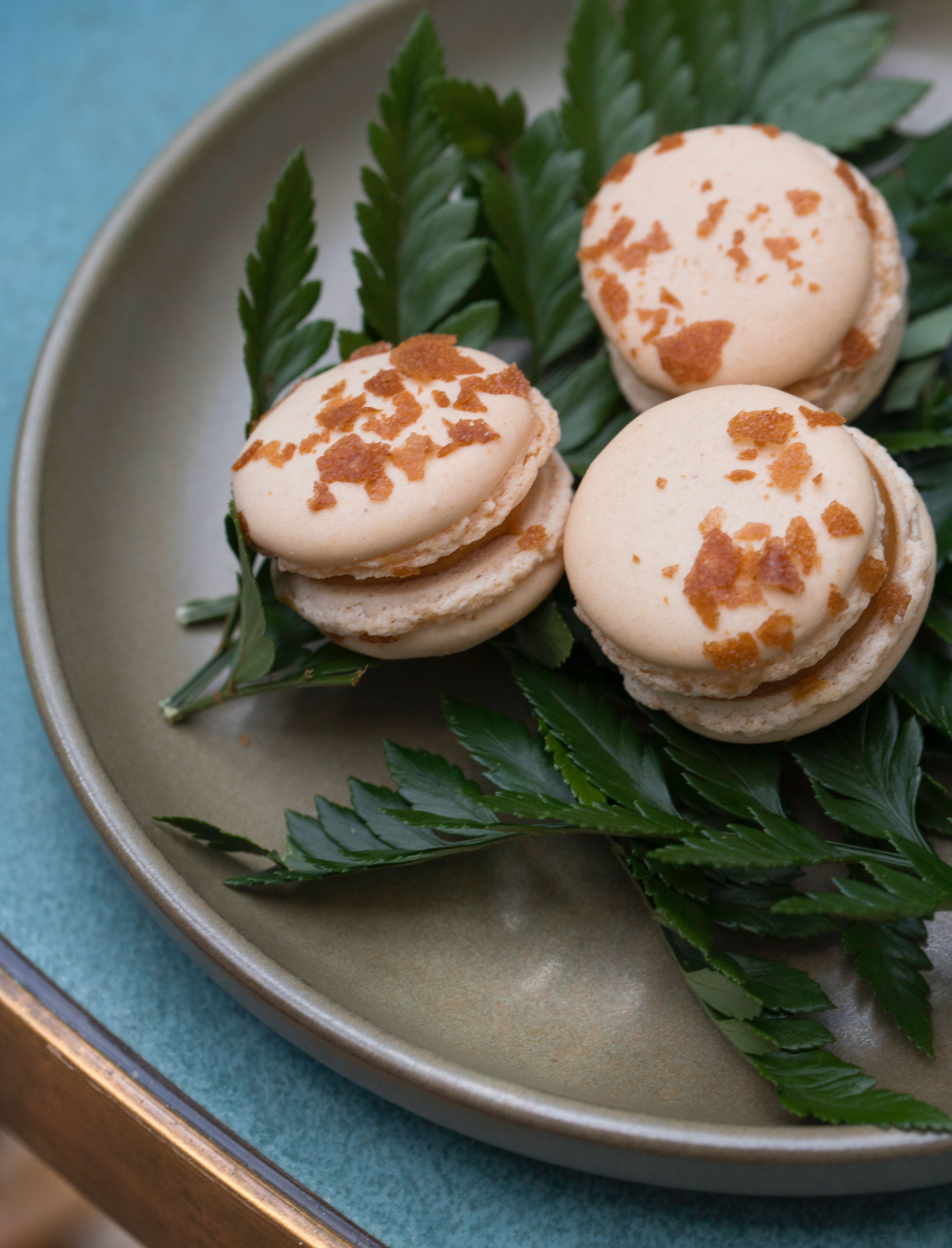